I am finding it to be really difficult to put into words my experience in Africa. I still have not talked about Ethiopia at all! So here I go:
I think Ethiopia had such in impact on me because of the relationships I developed. We stayed in Addis Ababa the entire time so most of what we saw was dirty, brown, urban city. But I loved it! As one team member said, "It is like Lion King meets Aladdin" :) All of my African experiences have been in East Africa, in Kenya, Uganda and Rwanda. Although those countries do differ a little bit they are still very similar in landscape and culture. Ethiopia was nothing like that. It felt like being in the Middle East.
We spent the majority of our team in Korah. Korah is a community that was originally a leper colony. It sits right next to a huge trash dump where many of the children and women make a living collecting trash.
Because it is hard to put Korah into words, here are some blogs of past team members that went to Korah: Amanda, Elise, and Wynne. They do a better job than I do at describing their experience.
This was a very special moment for the team: 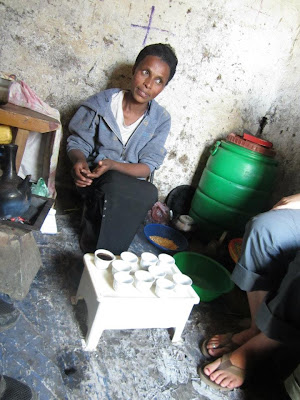 We broke into small groups and made house visits. This is Atenish. She lives in a one room house with her 3 children. Our team sat on a bench and her bed because that was all she had in her house. She invited us in for a traditional coffee ceremony. It was the best coffee I have ever had! She started with green beans that she roasted in front of us, then ground the beans and boiled it over a little stove top. She served it with a little sugar and some homemade popcorn. It was wonderful. 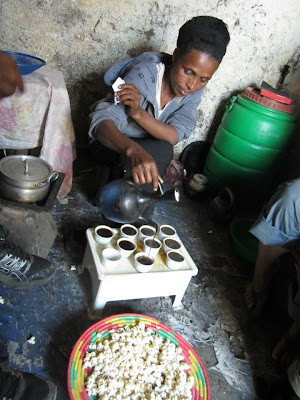 We spent time asking her questions about her life and family and she asked us questions. It was a very special and intimate time and we really got a taste of their culture. She will always have a special place in our hearts! 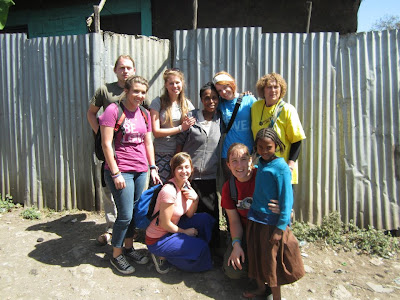 Here is our group with Atenish. The little girl in the blue sweater is her daughter, it was her birthday that day. 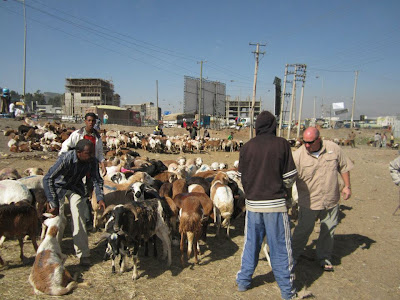 On the second day we bough sheep to feed the kids. The children will only eat meat on special occasions and when teams like ours buy sheep. 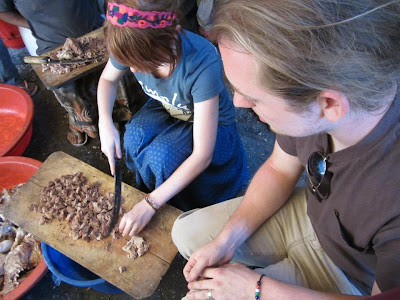 The experience that meant the most to me was spending the day in the back kitchen at Korah with the six cooks. I originally went back in the kitchen to get some water for a craft we were doing. They invited me to sit and drink some coffee so I did, thinking I would leave shortly after. Next thing you know I am cutting up the sheep that we bought the day before. My eyes were burning and watery from the heavy smoke but I decided I would get my hands dirty. I was stirring the stew, chopping meat, washing dishes and laughing a lot even though we could not say more than one word to each other. I learned how to say thank you in Amharic, that was about the only thing I could say to them :) But it was so special. And when it was time to leave we all cried. Normally teams come and see the kids but it is not everyday that they get people helping them in the kitchen.  The lady in the black dress next to me is named Lucy. She would say "thank you thank you thank you" and kiss my head. I love those women and I can't wait to go back and see them again. 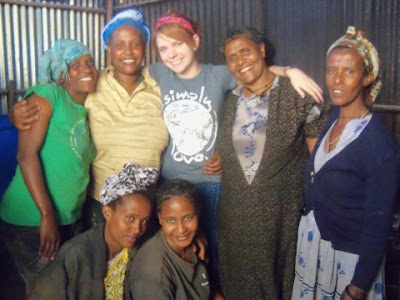 This is what it is all about.
Posted by OurUrbanCottage at 6:35 PM